The story of the Curtiss Wright Cadettes is a riveting, yet unacclaimed piece of World War II history. In Flying Into Yesterday: My Search for the Curtiss-Wright Aeronautical Engineering Cadettes, the author seeks to rectify that omission by recounting the lives of these female engineers — who could perhaps best be described as a cross of Rosie the Riveter and the WASPs.

These women, recruited by Curtiss Wright, were tasked with the responsibility of assisting with modifications to the design of the SB2C Helldiver so that it met contract specifications for the US military. Many of the recruits joined the program with no engineering, aeronautical, or mechanical background — yet they were expected to complete the advanced curriculum in less than half of the time regularly prescribed in an engineering undergraduate program. Despite the compressed timeline, it was reported that “Cadettes catch on in a hurry, ask more questions than do the boys, take the detail better, and therefore learn their subjects more thoroughly.” In a report analyzing the effectiveness of the Cadette program, it was stated that “a few of the girls in this program could, if further trained, compete with the best men in the business if prejudices were barred,”.

Upon completion of the program, the women were transferred to begin working at one of the 3 plants in the U.S. Once there, they served in various capacities — for example, technical drafting, copying blueprints (by hand), and editing technical documents (i.e. – POH, pilot’s operating handbook).

Yet, not unlike the WASPs, when the war had ended, the women and records of the program were quickly and unceremoniously swept under the rug. The jobs and newfound freedom these women had found in them were promptly returned to the men who were obviously better suited to undertake them.

This book is the story of one Curtiss-Wright engineer’s daughter, the author, wielding her proverbial shovel and digging up the details of these women’s past. Her motivation for this undertaking is driven by an impulse to better appreciate the life of Ricky before she’d adopted the quintessential, socially expected, and female role as a “mother”. The journey is arduous; Jean-Vi certainly gets many “no’s” and faces an attitude of almost blatant indifference before ever making substantial progress on her endeavor. It is a story of perseverance, and reverence, offering the reader a deeper comprehension of the true character, grit, and mettle the women of WWII exhibited before they were ever thought as capable of possessing such moxie. Those qualities characteristic of the women — grace, strength, and tenacity — were only further demonstrated when they weren’t given so much as a “thank you” for their efforts post-victory.

As a young, female, professional pilot, memoirs such as these ground me. Understanding the barriers women before me faced and surmounted long before we were allowed a place in the flight deck elicits deep-seated and profound gratitude for their actions and spirit. The WASPs, Curtiss-Wright Cadettes, and early female pilots from the airlines and military — theirs are the stories that propel me into this industry and provide amaranthine inspiration to persevere. To keep their spark of indignance and fortitude alive, we must keep sharing those stories.

Order a copy of Flying Into Yesterday: My Search for the Curtiss-Wright Aeronautical Engineering Cadettes online. 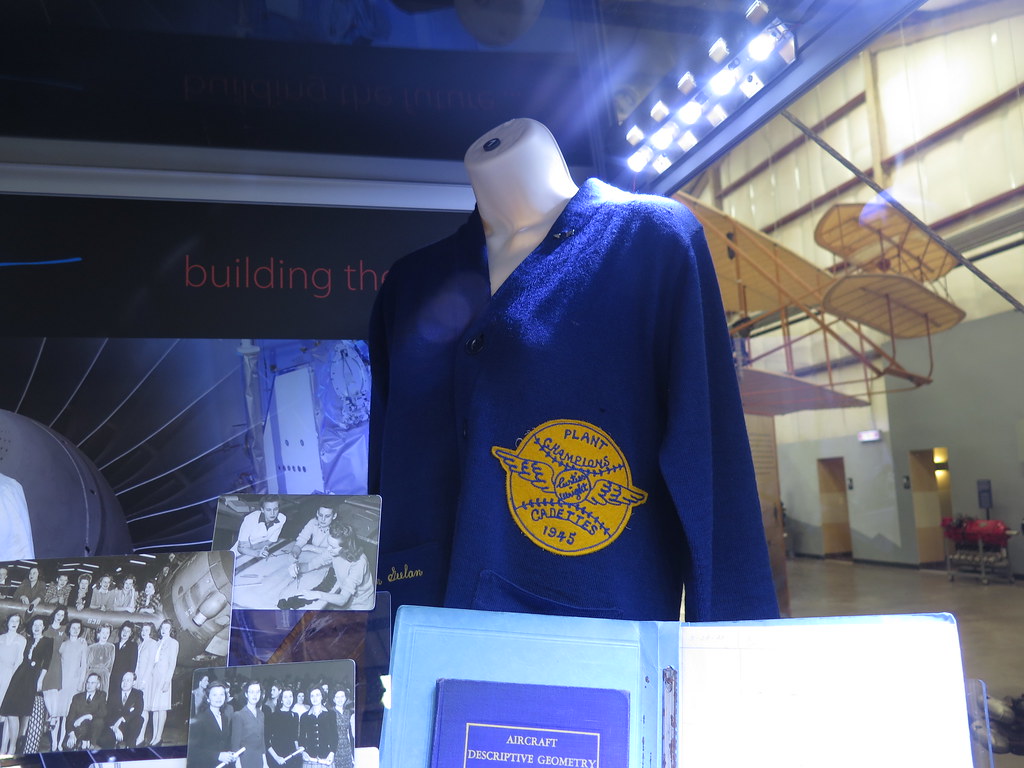