My Love Affair with Bucket Lists and Air Shows

My short trip to an air show in Terre Haute, Indiana this weekend had several highlights.? There were some friends there that I reconnected with and my friend, Lunar, gave me a behind-the-scenes look at her air show announcing preparations.? The peak may have been my experience of sitting in the cockpit of a Curtiss SB2C Helldiver and talking with the pilot of this historic aircraft.? This experience solidified some of my newest bucket list items (which keeps growing and growing and growing) that Oshkosh set in motion. I hope God gives me lots of time to get these items accomplished! ? Let?s Go Back To July

During Oshkosh this past July, flyGIRL was lucky to be involved in an? upcoming program that ValorousTV will be producing, focusing on female pilots.? We met several ladies that pilot very cool airplanes, from warbirds to jets.? I was transfixed.? My friend, L.M. (Lunar) Sawyer, also arranged some meetings with some current top female show performers, including Patty Wagstaff and Vicky Benzing.? She knows me well and used her connections to introduce me to these lovely, impressive ladies (thank you Lunar)! Lunar is a show announcer for a group of performers known as Trojan Thunder and for her plane, Wild Blue, an RV-8A.? Because of her position, I had a great seat at one of the shows.? It was there that I met Patty Wagstaff, as she was getting ready to perform in her very badass-looking flight suit.? We also had the opportunity to go into the performers hangar and see many of the iconic planes of today?s top aerobatic performers: Sean Tucker?s very recognizable red ORACLE planes, Michael Goulian?s plane, and several others.? I had the extreme pleasure of meeting Kirby Chambliss and Vicky Benzing.? The pilots and their airplanes are all showstoppers.? The pristine paint jobs and shine on these airplanes demonstrate the love and respect given to these machines.? It was a very cool spot to be, indeed (thank you again, Lunar)! During my stay in Oshkosh, there were many impressive women that I was able to meet and spend some time with.? This weeks blog will focus on the five that got the wheels spinning once again in my brain (as if they ever stop??) and inspired two new items on my bucket list: Take an aerobatics flying course and learn to fly a warbird.? These are in no particular order but it started with an adorable, friendly, soft-spoken brunette named Lisa ?Vogue? Walter.? She is a nurse and was once a model (hence, ?Vogue?).? She flies her own T-34 and her family also owns a T-28.? After obtaining her private pilots license, she realized that it was important to her that she respect the history of the warbirds by flying her own. ?

I?ve always pictured men flying these machines.? A woman owning one of these gorgeous flyers never seemed like a viable option until meeting Lisa.? I love warbirds.? It?s always my favorite section of airplanes to peruse.? Warbirds are history combined with aviation.? I?m not an expert in this arena AT ALL, but am fascinated by the American ingenuity demonstrated in these airplanes and love to hear about their participation in the American story.? While talking with Lisa, a fire was lit within me and my thoughts immediately began imagining what ownership of one of these planes would be like and what it would feel like to actually fly one. How does one even begin to train for something like this?? Lisa seems like a normal, down-to-earth individual.? ?If she can fly one, why can?t I??

During a Commemorative Air Force Barbecue that week, as I was telling a lady about flyGIRL and my desire to get more women flying, she mentioned that the CAF had recently acquired a T-6 that was used by the WASP organization (please include link here for WASP: Women Airforce Service Pilots) and they really had a need for women pilots to preserve this history and fly these aircraft? (cue another lightbulb moment?).? How cool it would be to participate in preserving this piece of history for all, by demonstrating what these female pilots in history accomplished.? I?m no spring chicken and have no idea how long it would take to be able to fly one of these but I do talk to several female pilots of all ages and feel especially compelled to mention this unique opportunity. 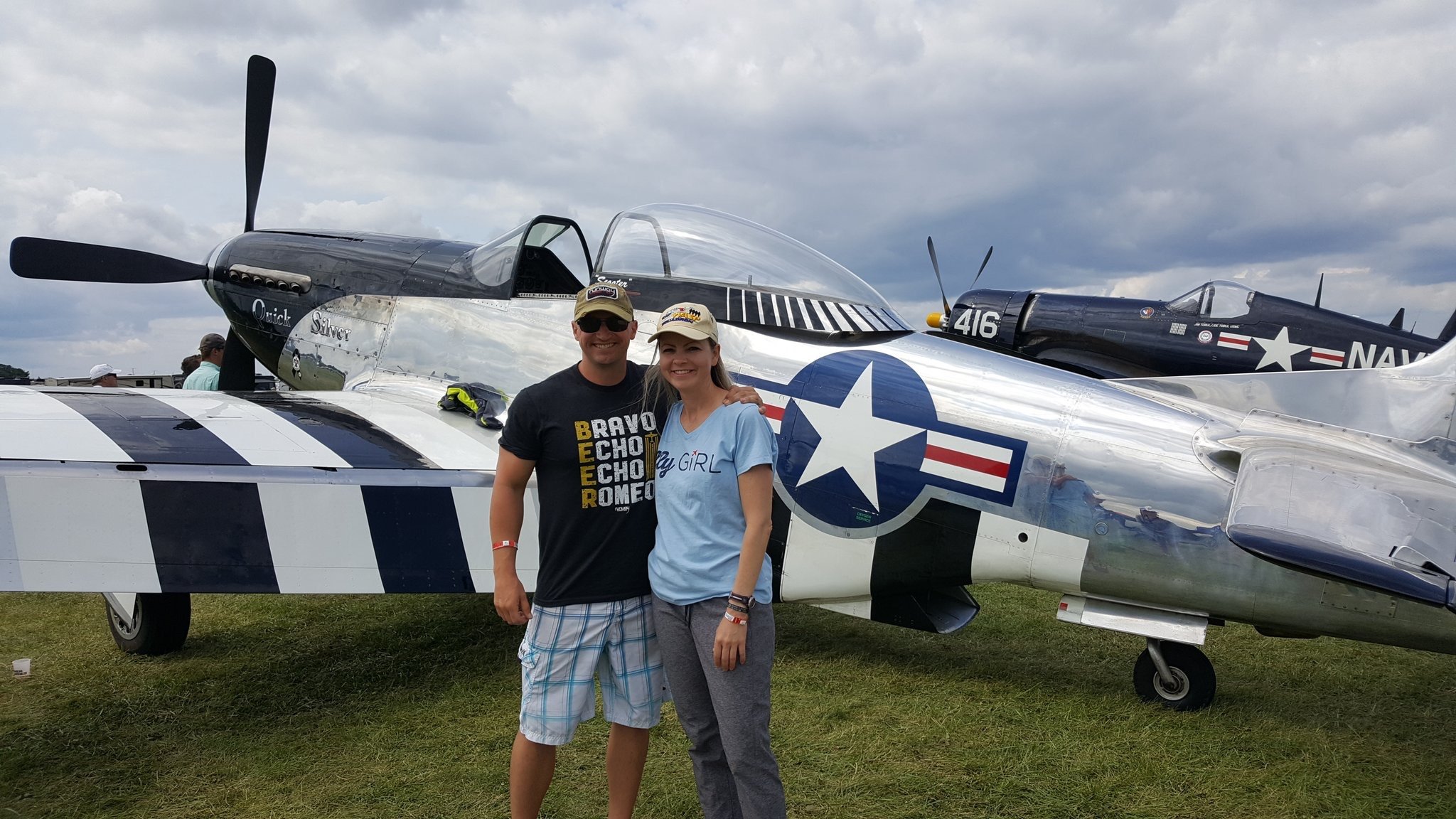 Erin is the granddaughter of a WASP pilot.? After her grandmother passed away, at age 95, she had to work tirelessly to make sure her grandmother received her well-deserved final resting place in Arlington National Cemetery.? She is a warm, tatted up lawyer who has a strong desire to secure the history of all WASPs.? She lobbied for her grandmother, Elaine Harmon, to be rightfully recognized as a veteran and laid to rest in Arlington after Army officials had ruled WASPs as ineligible due to space constrictions at the National Cemetery.? Her mission solidified the need as a female aviator to continue preaching about the skills and capabilities that women offer aviation and that we have a role in preserving history. ? 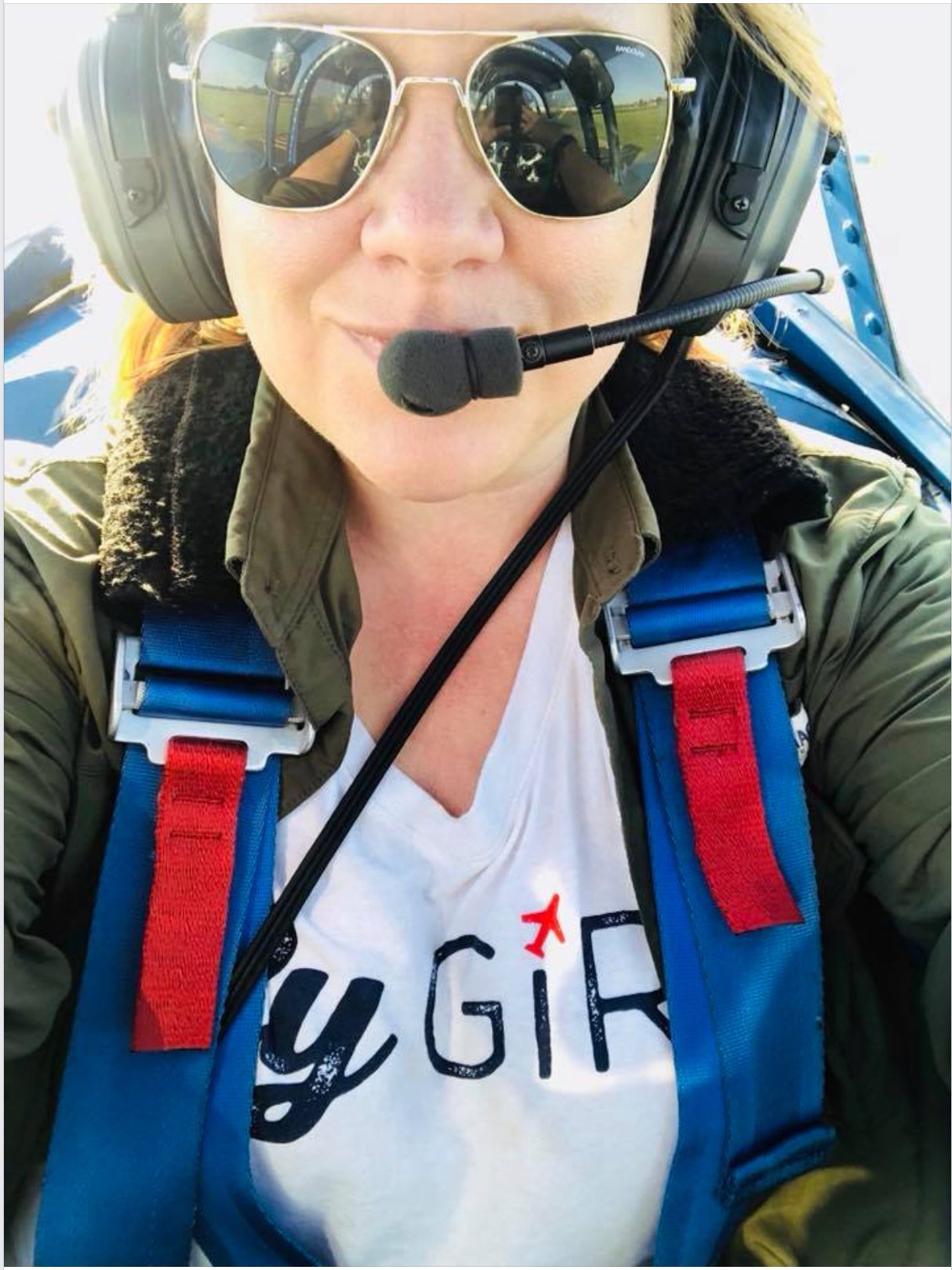 Straight from my hometown of Nashville, Tennessee, and actually an employee at the airport where my plane is parked when visiting family (M54), this young lady and I had met previously but spent a little more time together recently at Oshkosh and at a fly-in in Muncie, Indiana the following week.? Jessica knows my uncle well and has possibly taken more rides in his plane than me (I?m not jealous, I?m not jealous, I?m not jealous).? We?ve connected via social media and have found many similar interests.? She is very independent and loves aviation.? She?s at least ten years younger than me but our bucket lists would prove very similar.? She has shared a strong desire to learn aerobatics and fly a warbird.? There are too few female warbird aerobatic pilots.? It?s a special niche but one she and I feel especially obliged to advocate for.? I am thankful to find another woman pilot with a strong desire to break through ceilings and encourage more women to pursue the many avenues in aviation, especially those that preserve history. ? 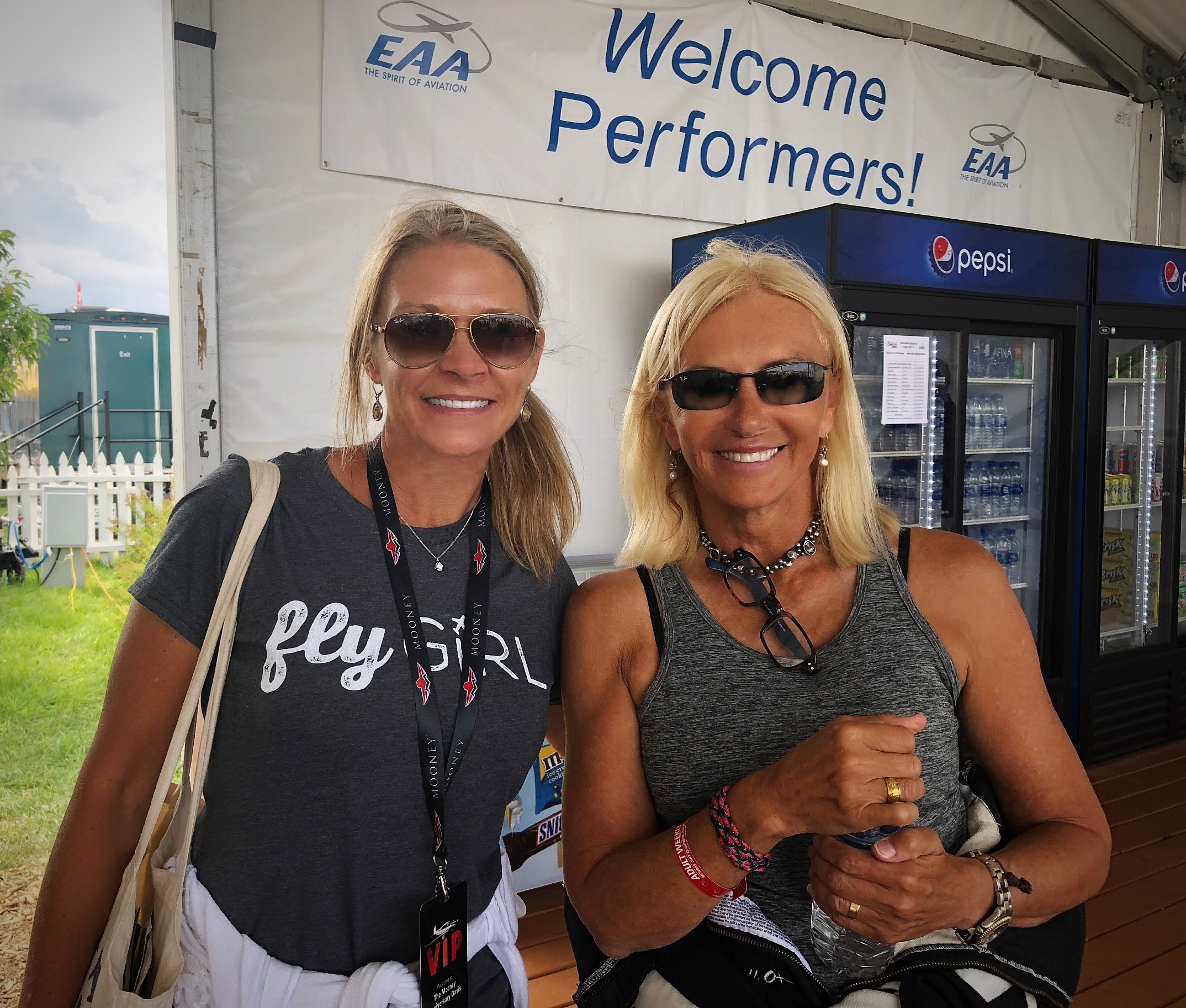 During the airshow (in which Lunar arranged stellar seats complete with snacks and beverages), while watching the performance, I began imagining being in the airplanes, as spectators looked on in awe.? My love of aerobatic flying began years ago when my uncle would take me flying.? Learning to demonstrate some of the maneuvers as the pilot must feel sensational.? Patty has an aerobatic training course that would be an unforgettable thrill to attend in Florida.? There are other schools and individuals that offer these courses, but?Patty Wagstaff?Florida?Patty Wagstaff?Florida?of course that would be my first choice!? Ideally, I?ll complete commercial training and then work on some other ratings and endorsements.? These include (but are not limited to?!) tailwheel, multi-engine, seaplane?.. and now aerobatics!? I?m not sure where it will end exactly.? Does it have to?? Watching the show made me eager to get on with it already! Lunar must be recognized because she works in a male-dominated industry as an air show announcer.? She works tirelessly to promote aviation and enjoys sharing her knowledge and her connections in the name of aviation.? She recognizes and appreciates my desire to get more women involved in aviation and does all she can to help. ? Thanks to these women, my bucket list has grown with great excitement and determination! ? It?s by their demonstration and inspiration that I?m motivated to continue my aviation journey with new challenges and goals.? My hope is to introduce these individuals to others and encourage more women by their stories to keep dreaming and challenging themselves.? To me, aviation is about as all-American as apple pie.? There is a responsibility to keep warbirds flying and to demonstrate the special capabilities of airplanes through entertaining aerobatics.? We?ll see how far I can get with my own personal goals.? However, it?s not just about me achieving my goals.? It?s also about showing other women the potential they have as well in being a participant in and of history.