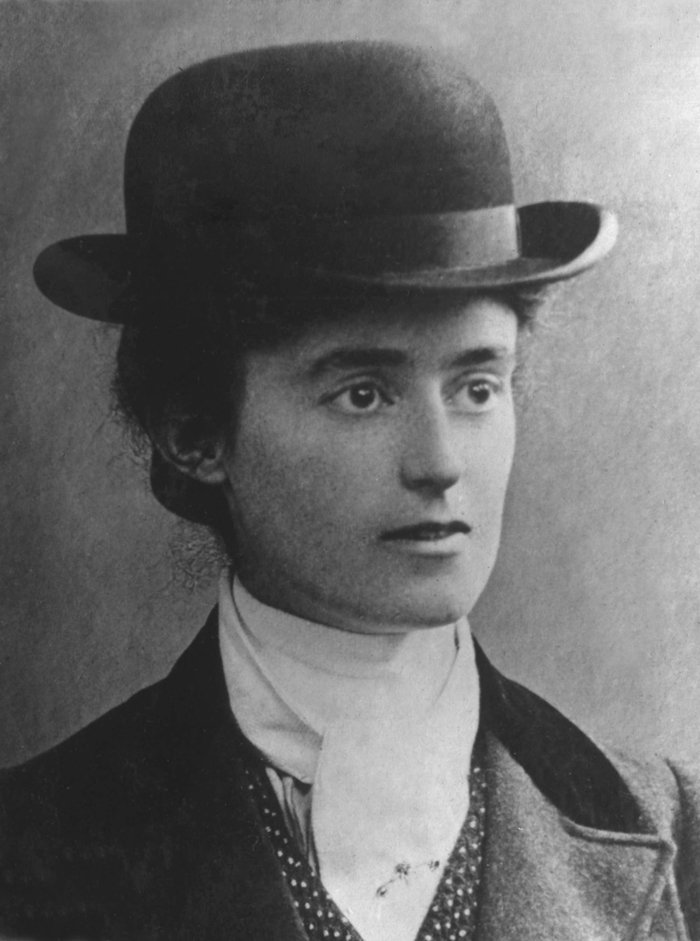 Unconventional and not ladylike, Lilian Bland eagerly smashed tradition while pioneering many “firsts” for women and for the world of aviation.

The wind rushed through the brown, wavy hair of Lilian Bland as she soared through the skies. Tingling with excitement and pure bliss, it was her first experience flying in a plane. However, the only problem for Bland was that she was not the one doing the flying. As she looked next to her, she saw her boyfriend beaming with pride and joy as he maneuvered the plane. Naturally, she asked him if she could try flying the plane. An arrogant, chauvinist “No!” was spat in her direction. Little did he know that Lilian Bland would build and fly the first powered aircraft in Ireland, earning her the well-deserved nickname, “The Flying Feminist”.

Like any great leader, Bland certainly had many obstacles she would have to tackle before becoming the successful inventor and pilot she is celebrated as today. She was born into an Anglo-Irish family in England on September 22nd, 1878. Here, she began an unlikely career in journalism and photography. Bland was bold with her words and was determined to uncover the truth in her stories and pictures. A woman of great conviction, she worked for various London newspapers.

Bland was born to stand out. While working in London, she sported several ways of life that were deemed “improper for ladies”, such as smoking, enjoying shooting and fishing, dressing in trousers instead of tight dresses, and even taking part in martial arts! She continued to enjoy these hobbies for the rest of her life, clearly unafraid of being herself and resisting the social norms of her era. 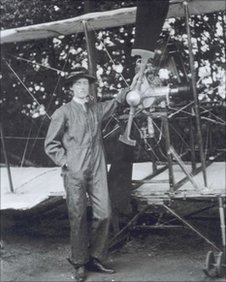 In her late twenties, Bland’s mother passed, so she moved with her father to Northern Ireland. There, they stayed in the family home to live with Bland’s aunt, Sarah. She continued to make strides in her journalism and photography careers while also becoming a sportswriter. However, her career and life were about to take a sharp turn.

On an otherwise ordinary day, Bland received a postcard from her uncle, Robert. It was a postcard of a monoplane, but more importantly, it was a spark of inspiration. Bland was instantly intrigued by the idea of flying. Her excitable curiosity took her to new heights-quite literally. After being turned down by her boyfriend and other male pilots, she knew that if she wanted to reach the sky, she would have to do it herself. No one would stop her from achieving her dreams, especially not a man. She would simply have to build her own plane.

Bland spent hours using her sharp focus to study the monoplane postcard from her uncle. She carefully looked at its measurements and used it for the basis of her own plane’s design. Yet, Bland knew she was capable of much more so she added a key feature to her design that would change the course of aviation history: she made it a powered flight. She toyed with her designed for days, exploring different ideas about how she could make it work. Eventually, after a great deal of studying and learning, she built a model biplane that could fly!

However, Bland would not stop at her first success. She would continue to create better designs that would lead to better planes. Using simple, natural materials such as bamboo, canvas, and spruce, Bland constructed a full-scale glider in 1910. She was pleased with the basic idea of this model and, yet again, decided there was room for improvement. She was never afraid to challenge herself and strive to make ideas even stronger.

After tweaking her glider’s design and running several experiments, Bland created the aircraft she would become famous for: the Mayfly. She tested its strength and ability to hold a heavy load to prepare it for taking on the addition of an engine. When she felt satisfied with the Mayfly’s strength, she ordered the gas tank.

Bland was brimming with enthusiasm to test out her aircraft’s ability to take on the engine, however, it was delayed in its arrival. Of course, Bland was never the type of woman to wait. She was a woman of decisive action. Using what she could find, she grabbed an empty whiskey bottle and her deaf aunt’s ear trumpet to use as a makeshift gas tank. The result? It flew!

While this was truly an impressive feat on its own, Bland’s trials became even more successful when the long-awaited engine finally arrived. She put in on her plane and manipulated various controls in order to achieve the right balance for her flight. This arduous endeavor put Bland in the history books because she became the first female pilot in Ireland and she was the inventor of Ireland’s first powered biplane!

Lilian Bland’s story is not only a thrilling adventure, but also it is a truth spoken by a woman who would never take “no” for an answer. Even as doors were shut right in front of her, she would dust herself off and search for another. An innovative inventor, unconventional engineer, daring pilot, and remarkable changemaker, Lilian proved the importance of pushing on, especially in the face of adversity. So go on flyGIRLS-change the world and break the rules!