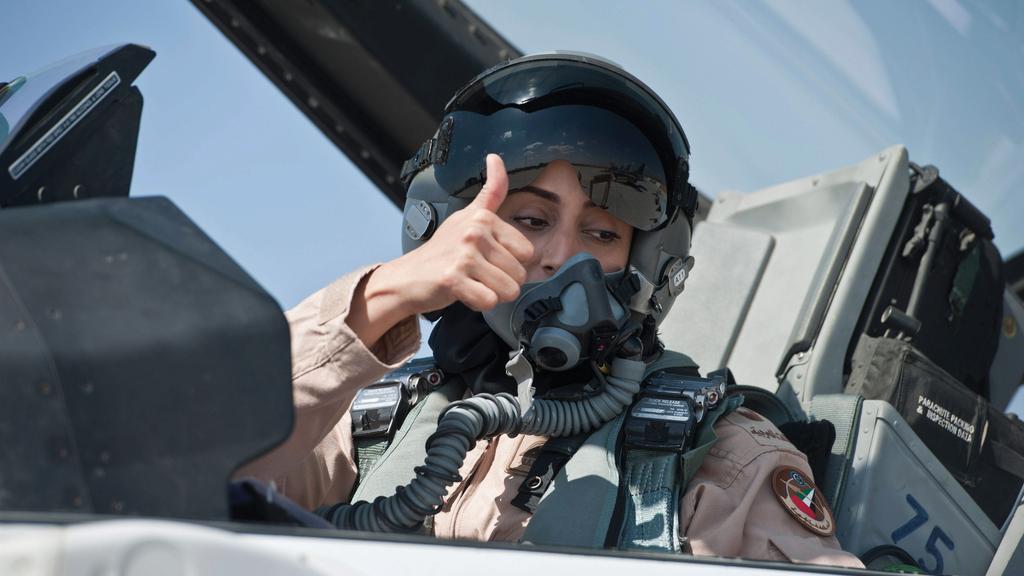 This Easter weekend has been spent in St. Louis. ?During this little getaway, I enjoyed helping teenaged boys and girls (the majority were females, actually) learn more about aviation. ?This event was organized by Wings of Hope. ?Wings of Hope uses aviation to help those in need, near and far. ?There will be more about them in another blog.

My son, Wyatt, and a friend of his joined me. ?We were hoping to fly but it turned into a fun road trip! ?There is a talented young lady who contributes to flyGIRL with biographies on females in aviation that have made their mark in history and serve as great role models. ?Below, she is highlighting Miram al-Mansouri. ?Enjoy!

As an active fighter against gender-based discrimination and terrorism, Mariam al-Mansouri is making big strides towards a better world. 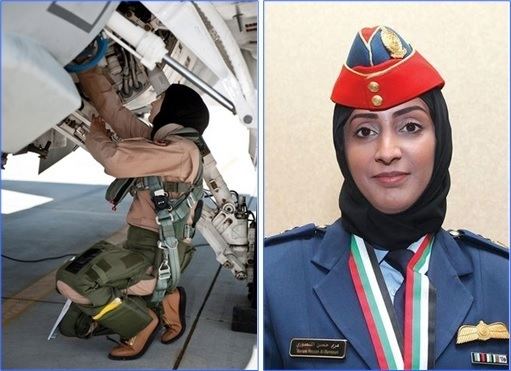 Born in Abu Dhabi, a land of towering, shiny skyscrapers and palm trees, Mariam al-Mansouri always had a strong desire to follow her heart and chase her dreams. As one of eight children in her family, she learned from a young age that she would have to fight for what she wanted. She would not merely sit idle and wait for an opportunity to find her; she would be brave and create opportunity.

Al-Mansouri started on her journey to success by working hard in high school. She studied diligently and dedicated countless hours to her studies. Her commitment to learning allowed her to obtain outstanding grades. It was during her high school career that al-Mansouri decided she would be a pilot. Unfortunately, at this time, women were not allowed to be pilots in the United Arab Emirates. However, this did not stop al-Mansouri from chasing her dreams as hard as she could. She would not be defeated by those who wished to bar her from reaching her full potential.

Al-Mansouri kept herself busy and followed her curiosity as she waited for change. Continuing her interest in education, she attended the United Arab Emirates University and earned her undergraduate degree in English literature. Yet, al-Mansouri could not ignore her intense passion for flying, so she decided to serve her country by joining the army. Serving in the army general staff taught her how to place the needs of others above her own and push against opposition while exposing her to a flight environment.

Then, the moment al-Mansouri had long awaited for came bursting forward with promise and excitement. Women finally gained access to their right to become pilots and fly in the United Arab Emirates. Without hesitation, al-Mansouri enrolled in the United Arab Emirates Air Force Academy, specifically the Khalifa Bin Zayed Air College. She proudly became one of the first women to be enrolled at this prestigious institution. This was perhaps the most monumental moment of her life as the firm wall standing in front of her dreams came crumbling down. She graduated in 2007.

After her rigorous flight training at the United Arab Emirates Air Force Academy, al-Mansouri became a fighter pilot, making her the United Arab Emirates? first female fighter pilot. As women from different parts of the world heard about her tremendous success, they became inspired to follow their passions, regardless of the obstacles in their way.

Not only did al-Mansouri become an influential figure on the ground, but she was also equally powerful in the skies. She made significant contributions to the United States bombing campaign against ISIS militants in Syria and Iraq. Al-Mansouri has even commanded missions created by her own country as she zoomed over Syria, leading an airstrike against ISIS.

Her strength, courage, and the shattering of gender-related barriers in the aviation industry have awarded her global praise and attention. Al-Mansouri was given the Asia Society?s Game Changer Award-a special award reserved for people who are committed to making positive contributions to a better world. The United Nations in New York recognized her for battling terrorism and stereotypes. Yousef Al Otaiba, a United Arab Emirates Ambassador to the United States, publicly voiced his support of al-Mansouri as a role model for women in the Middle East.

Al-Mansouri?s journey to success was not easy. However, it is the struggle within the journey that makes it valuable. Today, she continues to fly her F-16 Fighting Falcon as she combats terrorism and remains a global, potent symbol of female power and the ability to overcome obstacles. Women are breaking free from stereotypes to fearlessly embrace their passions and be who they truly are. United, women are discovering their ability to make positive contributions to the world as they change the course of history. Women are strong. Women are powerful. Women are the face of tomorrow. 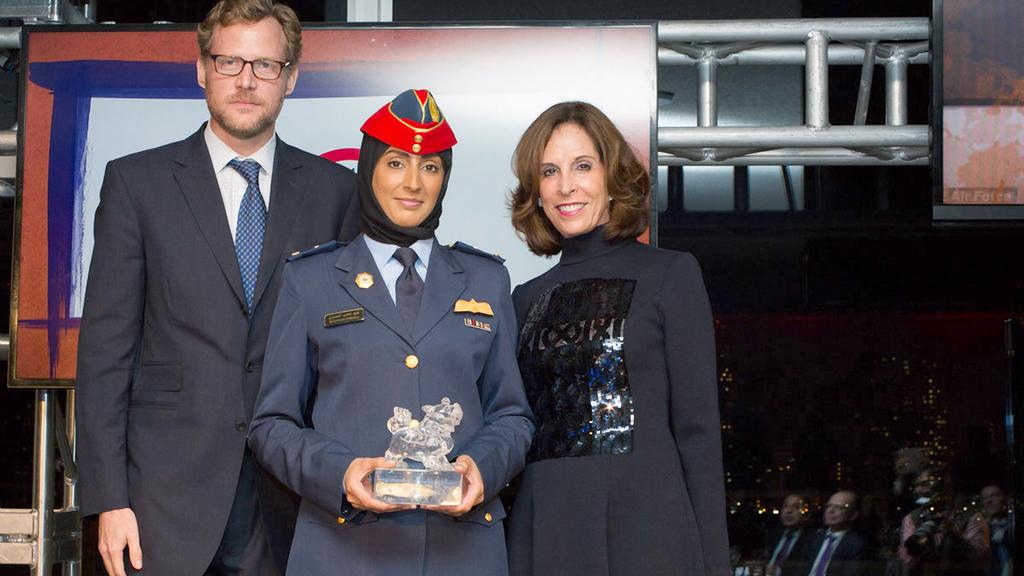 Eager for more on Mariam al-Mansouri? ?Check out this link: