FUNDAFLYGIRL ended on March 13, my departure date for the Women in Aviation International annual convention in sunny California.? Very fitting.? This scholarship fundraiser lasted twelve days.? My hope was to raise $2,500 for future aviation scholarships.? We exceeded that goal. ?

When the fundraising campaign was initially suggested, I poopooed the idea.? Asking people for money is out of my comfort zone.? Plus, it was going to be a lot of work to make sure it was successful.? Did I want to commit myself to that? Besides that, I?d never 100% facilitated a fundraiser!? ?What if it?s a dismal failure??? ?What if no one donates?!?? It would be very embarrassing and I?m not sure my ego could take it at this point in my life. There was quite a bit that went into the planning and managing of the campaign.? I won?t bore you with every detail.? One of the first things to do was create a HUGE spreadsheet of all of my contacts.? Every. Single. Person.? My spreadsheet was six pages long.? This is where all of those collected business cards came in handy.? There are stacks.? Thankfully, because I?m a bit overly organized, most of the cards had notes on the back that reminded me of where we?d met and any other helpful tips on our acquaintance.? This was definitely one of those times that I was grateful for the number of conventions attended.? The networking and small talk would pay off.? ?Networking? is always fun for me (in small doses) but it?s never clear where it will all lead. ?

There were graphics created for social media posts.? Social media is one of the main ways flyGIRL reaches people.? When first learning, creating the graphics used to be sooooooo tedious and frustrating.? It has gotten more fun for me over the last six months.? There are some really great apps for this sort of thing.? I?m getting pretty good at designing the posts and scheduling them.? Albeit, my seventeen-year-old could probably figure out in two hours what takes me two days to comprehend.? I?m learning!!!? I can actually spend WAY too much time playing with these tools now.? It?s a high-tech way of getting creative.?

Once the big start date arrived, it was ON!? That morning, sitting at my desk, the emails began going out to everyone on the spreadsheets.? The first day required an immense amount of time reaching out to people.? Hours were spent on emails, texts, even the old-fashioned phone call (Gasp!). My fingertips should have callouses and I should have carpal tunnel syndrome because of the number of keystrokes made on my laptop during those first three days.? I am symptom-free however.? Yay!

The donations started rolling in immediately.? On day three, the $2,500 goal was met.? Whoa.? Now what?? Admittedly, it was a bit addictive.? Should I tell people?? End the campaign?? No way.? Let?s see how far we go over the goal.? It?s bound to taper off.? People will start ignoring the posts and ?calls to action.? They didn?t.? You didn?t!? The generosity was overwhelming.? It was like a drug.? An email notification would come in and my heart would race.? The goal in my mind grew.? Many of the graphics designed weren?t even used because they were made to show how close we were to reaching the goal. ? There were cute little charts and graphs with tiny red airplanes climbing to the $2,500 ?cloud in the sky.?? They were adorable but would never see the World Wide Web?

The experience was extremely gratifying.? It was hard work.? Fundraising is actually very energizing for me, I?ve discovered.? I see more of this type of thing in my future.? The whole experience opened my eyes to how generous and supportive people are.? Complete strangers. I?m not sure what the motivation is for them exactly.? It was really heartening that they wanted to help me and/or help other women achieve.? There were prizes awarded for different levels of donations (which I had to restock and am currently stepping over).? One of the most sought after products is the flyGIRL red leather jacket.? I am so pumped people like these jackets!? Because there were so many requested, there were several different manufacturers that were used to fill the orders.? There will be more exciting news to share about these in the future?.:) Or is it?? Once the fundraiser ended, there was such relief and eagerness to share the victory.? The final tally was announced live on social media while attending the conference in sunny, gorgeous Long Beach.? Honestly, I was hesitant to announce it because it was so unbelievable to me.? I checked and double checked the totals, over and over again.? Math isn?t my strong suit and maybe my calculations were incorrect?!?!? Does this calculator need a new battery? Have I become dyslexic?? Apparently not.? In the end, we raised $16,630.? So amazing, right?

There has since been another $2,500 flyGIRL scholarship awarded to a local flight student, Kris.? Kris has been working on her ratings for over twenty years!? Talk about persistence.? She is well-deserving because she continuously uplifts and encourages other female aviation professionals and students. ? 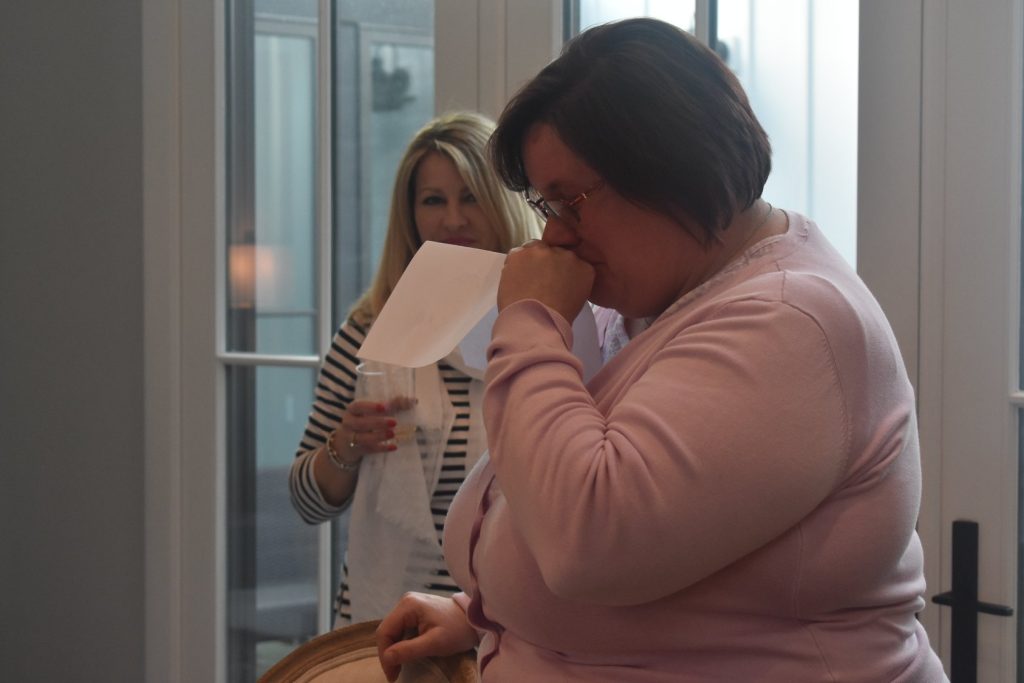 The rest of the money is ?resting.?? It?s undecided when or how the next scholarship will be granted.? My brain is playing out several different scenarios and there are organizations that are offering different forms of collaboration.? I don?t want to be haphazard or too hasty.? The good thing is that there are options.? There are many deserving females out there who need assistance.? I wish I could help every single one of them.? The next opportunity will be made public via social media in some form or fashion. ?

This is my heartfelt ?THANK YOU? to everyone that made FUNDAFLYGIRL a huge success.? I did a lot of the behind-the-scenes leg work but the donors gave their money.? When we work together, we have astonishing results and make dreams come true! ?