A week ago my little plane and I took off from Cincinnati for what was supposed to be a fairly quick trip to Nashville for the ADS-B installation on my airplane.? My uncle had lined up an appointment at a reputable maintenance shop that he?d used a number of times.? The shop was about a twenty-minute flight from M54 (Lebanon, Tennessee), which is where my plane is usually tied down while I?m visiting family there.? I landed in Lebanon on Saturday morning at about 8 am.? The chilly fall weather had arrived and it’s great for flying! The cool air, early in the morning, typically brings a smooth flight. ?

The rest of that day was spent at my mom?s house, where we caught up on all the happenings of friends and family (and decided to splurge on making a homemade chocolate fudge pie).?? The next morning, my Uncle Robert and I were ready to take off for the Shelbyville airport, which is where my airplane would be updated with the new equipment.? Robert was to follow me in his airplane and bring me back.? We planned to return and pick my airplane up a day or two later.? However, upon arrival at the airport, my airplane was covered with frost (a no-go on an airplane).? We needed to sit and wait for the sun to melt the frost.? The sun was shining on one side and then we rotated the airplane so the other side could receive the sun?s rays for a bit.?

After about an hour, the airplane was wiped and ready for take-off.? She was being stubborn, however.? There were several failed attempts at getting N474Y started. We plugged the plane up to an engine heater and waited a little bit longer.? We were about two hours behind schedule, but it finally started.? The run-up?was nothing unusual and consistent with previous run-ups.? We took off.? My uncle demonstrated some light formation flying at a safe distance from my plane. These were great photos! ? The air was a little rough near the ground on take-off and I fully expected it to be that way at our destination.? Robert landed first and then warned me on the radio that it was rough coming in for a landing. Ugh. To which I replied, why are you announcing that on the CTAF?!? Now, the pressure?s on and there may be an audience ready to critique my landing.? When a pilot of 50+ years sends a verbal warning, it creates a little tension.? I was sweating bullets and a little upset with him. The landing was fine, conditions were nothing worse than anything I?d faced before.? After taxiing to the hangar, I chastised him not to do that again!? It made me super nervous.? I don?t know how other pilots would feel about it, but obviously, I had to land.? I?m in the air!? Scaring me doesn?t make it any easier.? Maybe he just had little confidence in my abilities?? I?m sure he was trying to be helpful.? Having an audience adds a little extra pressure though.? 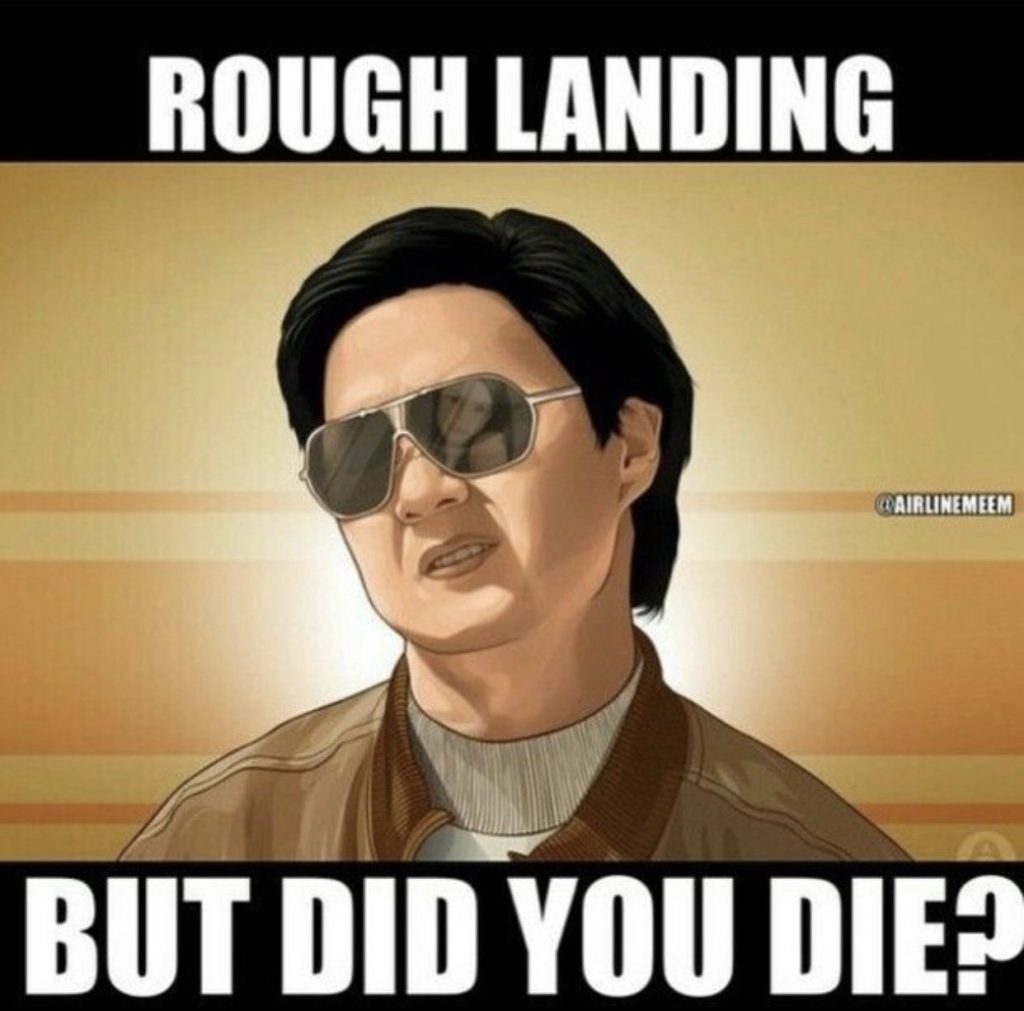 After informing the mechanics about our trouble getting the plane started, we asked them to check a few potential suspects.? Soon, we took off to return to M54 in my uncle?s Nanchang CJ-6.? We had a little fun on our return flight with some barrel rolls, loops, etc. I absolutely love those stomach butterflies!? Aerobatics are the most fun a human being can have.? So much better than any roller coaster! The rest of the day and evening were uneventful until receiving a call that my airplane needed quite a bit more work than we initially planned for.? Two new magnetos! $$$$$ Great.? The parts would be ordered and it would potentially be ready in 7-10 days.? Holy moly.? Time for Plan B.? That is how I wound up driving an Enterprise rental Camaro convertible back to Cincinnati.? Non-pilots might wonder what happens when your plane has mechanical issues.? There?s your answer.? It?s been a week now.? No word on when my plane will be ready for pick-up.? ? I?m not complaining.? I own an airplane for Pete?s sake!??Not many people own airplanes.? That?s part of the package deal that comes with airplane ownership.? The advantages far outweigh the disadvantages. 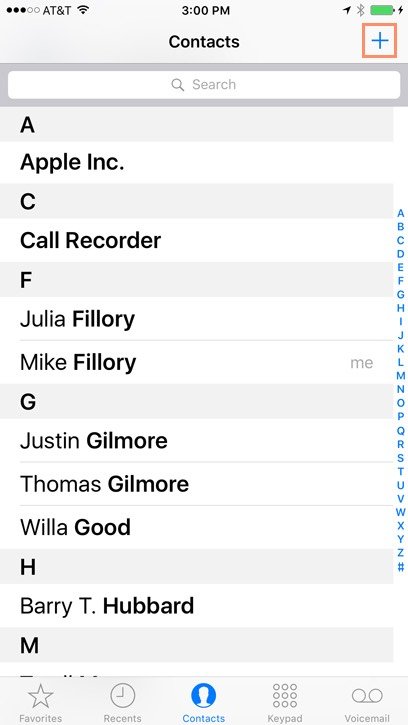 What?s the tie that binds all of these together you ask?? These are personal, recent influencers. There?s a whole lot of change going on in my life right now.? Have you faced specific times in your life when big decisions had to be made and changes faced?? I?m going to guess that you have.? Never before in my life have I faced a time when I?ve been basically 100% in charge of my future direction.? It?s overwhelming, exciting, and scary. ?

I?ve previously shared that a pilot position was offered to me at the start of the new year.? This is what many pilots are working towards, right? There are things about it that are very appealing and exciting.? For several reasons, there?s some fear. My paid friend (therapist?) has reminded me several times that my life can be designed however I want it to be.? That sounds nice, doesn?t it? The reality of that has only recently truly sunk in.? It?s not a far-fetched dream.? The decisions made today can be methodical and purposeful to get me where I?d like to be.? Wow.? I am in control.? What do I want?? That?s the question.? What drives me? What kind of lifestyle is important to me? It may not be what most people would think. It might seem a little crazy to a lot of people.? This is where my age and my ?Contacts? come in handy.?

With age and life experiences, my priorities have shifted in a way that I would not have predicted just a few years ago.? However, it?s refreshing AND daunting.? I have choices.? This time with my mom and friends in Tennessee was purposeful.? It was used to reveal things to them and get feedback.? Seeking advice from people who know me and care about me is comforting.? A difference in these conversations compared to previous ones were that it was clear that their opinions were not going to change my heart. ?The purpose was not for them to tell me what to do. ?My drive back to Ohio allowed all sorts of thinking time and conversations, as well.? Thank you, Bluetooth.? What should have been a flight turned into a drive which was a much-needed blessing of five hours of uninterrupted time to reflect.? 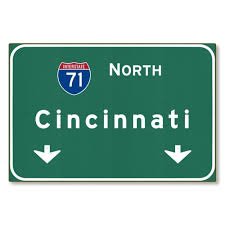 If I could do anything, what would it be?? Where would I like to be in 5-10 years, or 20 years? What would I do if I could do anything? Am I able to define specifically what is appealing to me (without regard to what others might think)?? Am I willing to face criticism? That?s challenging.? What steps do I need to take now to make my wildest dreams come true?

There are things, aviation-related, that appeal strongly to me.? There?s been this little voice whispering to me over the past year or so full of ideas and possibilities.? I?ve noticed little ?hints? or signs that seem aimed at me, directing me. These little tidbits have been neatly and consciously filed away in my brain while I?ve had to deal with more pressing issues.? Recently, I?ve been retrieving these thoughts and purposely pulling those little ?notes? out.? 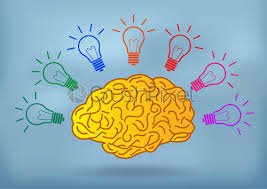 I often preach about flying and how empowering it has been for me.? It has indeed given me wings in many ways.? My mission has been to encourage other women to pursue their dreams, but not just aviation-related dreams.? Whatever their long-term goals are, no matter how crazy or far-fetched they seem, I?ve always believed they are attainable for anyone and everyone.? Cheering for others and encouraging others energizes me.? What I didn?t realize was that while I was pushing those messages and creating inspirational posts, they were speaking to me as well.? Many times, it was mostly about feeding others, not myself.? I?m reaping the benefits of those messages now.? If I believe it about you, why not believe it about myself?? The only limits are those I place on myself. Exciting things ahead and the power I have over my life reveals itself more every day.? So, what does this mean for me? ?What’s next? Where do I want to go?