Reno Air Races-WTHeck Is This?

Reno Air Races-WTHeck Is This? 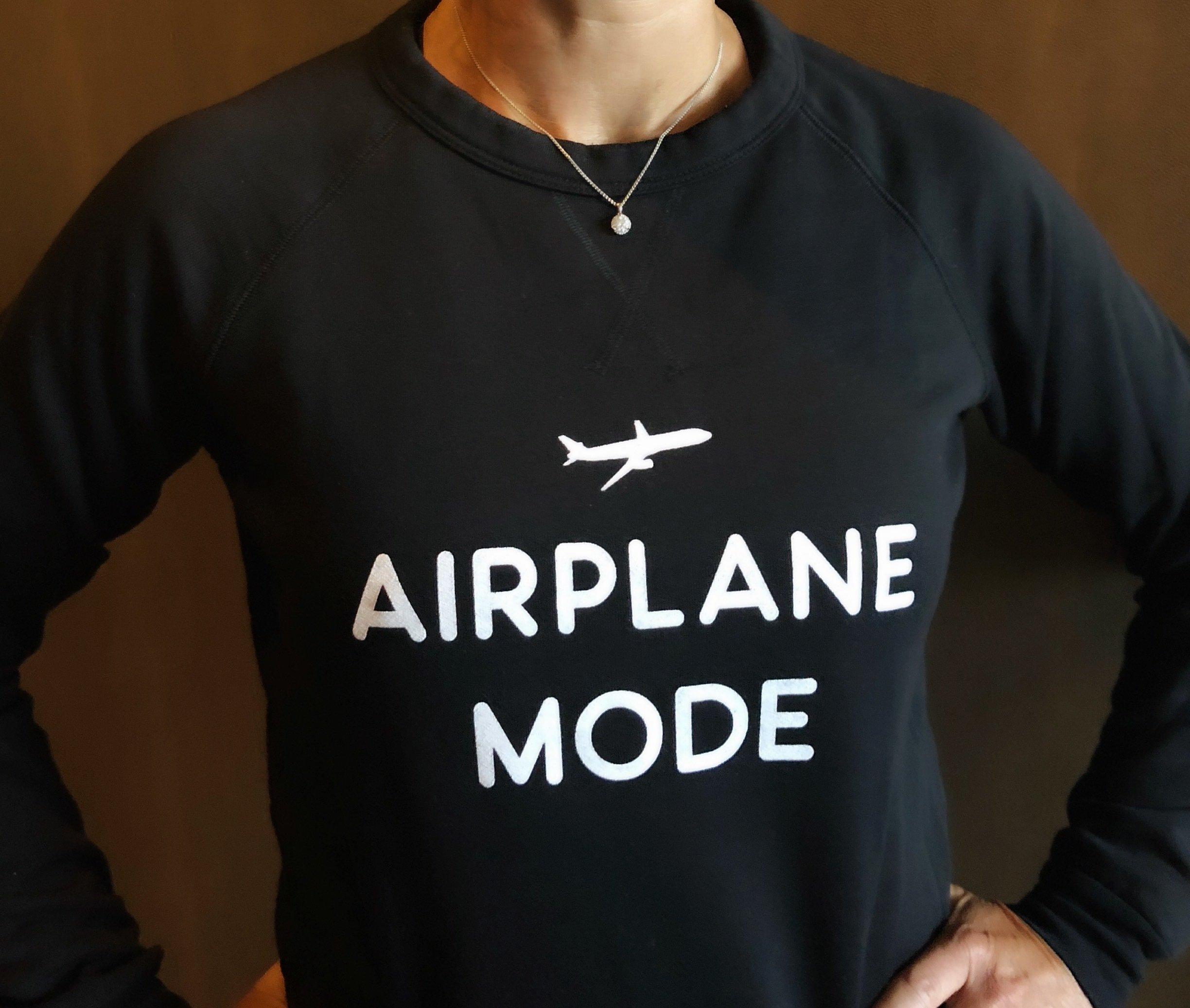 This year has brought many ?firsts? for me. My desire to soak up as much about all things aviation has become almost an obsession. Each air show or aviation event has taught me something or introduced me to a new connection or old friend. My schedule and budget will force me to eventually narrow down my favorites to revisit.

My Uncle Robert has talked for years about his pilgrimage to Reno, Nevada for the Air Races. He has rarely missed it. It?s a given. Every year there are three standing events on his calendar: Sun ?n Fun, EAA AirVenture at Oshkosh and The Reno Air Races. Don?t call him during those events. He won?t answer. The Reno Air Races are officially known as the National Championship Air Races. This multi-day event is the only one of its kind in the world. There are races in six classes and a few performances by airshow pilots. I wanted to see what it was all about. Luckily, there were a few friends going (and of course my uncle) that could educate me and keep me company during my first experience there.

This event differs from other airshows in several ways. It?s really not about walking around and seeing various static airplanes parked for viewing, although there are some. If you have a special Pit Pass, you have access to view planes and some of the race participants? airplanes. There are a few performances for entertainment, such as an eighteen wheeler retrofitted with a jet engine that races an airplane. Great, all-American, red-neck entertainment!! However, the event is mostly about the races. Each class races throughout each day. The schedule was a little vague and wishy-washy to me. I didn?t really care though. The racing airplanes literally fly in circles, just like NASCAR in the air. There are six different classes, as mentioned before. My favorite was probably the Unlimited class, which had P-51 Mustangs racing one another. I love the sound of the P-51! My second favorite was the T-6 class, followed by the Jet class. There is something very cool about watching these airplanes zoom past the stands with their engines at full power. 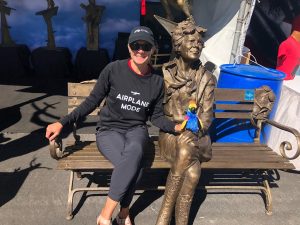 There are grandstands and ?box seats? where people have assigned seats to view the races. It reminded me of the Kentucky Derby versus a NASCAR race. Again, it?s set up very differently from your local summer weekend airshow or Sun ?n Fun. Of course, there are all kinds of unhealthy eating choices, along with some booths selling airplane art, books, T-shirts, etc. I think my house, bookshelves and closets have ample airplane related memorabilia. I hope at least one of my future daughters-in-law enjoys aviation because there are a plethora of hand-me-downs ready to be distributed.

Holy smokes! This was a challenge. The temperatures in the mornings and evenings can be in the lower 40?s and the afternoons were in the 80?s. How is a woman supposed to pack (stylishly) for such variance?? Layers, layers, layers. My mantra: ?Tis far better to over pack then under pack. The second day was extremely windy, ?wind burn,? windy. I had my first glimpse of actual tumbleweeds blowing across the road. For some reason, images of Wile E. Coyote from Looney Tunes popped up in my head. He was always tinkering with TNT somewhere in a tumbleweed filled town. And now, we (the race spectators), are about to witness airplanes trying to maneuver and finagle their way into first place positions. The racers are trying to outsmart their competition.

One of the coolest opportunities was being able to get up close to the racing jets and their teams. Overhearing conversations about the changes/adjustments allowed or not allowed on the planes was interesting. Although, I don?t know much about planes mechanically, I developed an appreciation for the thought that goes into creating the fastest jet able to legally race. There are many decisions on how to make the plane lighter, create less drag, etc. It is a different perspective from the average spectator. Pretty cool.

There is an almost all-female jet team, Darkstar, that did very well in the races. Vicky Benzing was the L-39 jet pilot. Vicky competed in two classes at Reno, Jet and Sport. She is an impressive pilot. Of course, to me, any female competing in this event is obviously a Bad Ass. During the few times we?ve exchanged words and based on the communications I?ve enjoyed with members on the team, they are humble and genuinely have a love of aviation. They are great examples for females that have a strong desire to reach young girls and other women to share the benefits and adventures aviation can bring. They are definitely flyGIRL?s!

Of course, spending time with my uncle around airplanes is always enlightening. He lives and breathes aviation and loves to teach me all he can. His girlfriend came along on this trip and hopefully enjoyed some of her time there. It was fairly obvious that she preferred her day at the resort spa versus the air show. I?m a spa fan too. She came on the windiest day and was forced to walk about as far away from the entrance as possible. She likes to shop but airplane posters and t-shirts are not to her taste at all. She?s a team player though. We bonded over our caffeinated beverages, foot blisters and sun screen.

My companionships also included some friendly faces from recent air show events and social media connections. See? Facebook has benefits and if you can muster the nerve to attend an air show alone, people will feel sorry for you and start a conversation. Hahahahaha! Just don?t stalk anyone, literally or virtually. You will make friends and can enjoy all kinds of gatherings together in the future! My friend, Kelly Knight, was there for her first air race, as well. We spent some time getting to know each other better. She has an impressive aviation background as a helicopter pilot. Most recently, she became a private pilot with her own Cessna in which to explore. She and I shared some good laughs with the red neck jet engine eighteen wheeler race. I have to say she has an impressive GoPro that she can command with her voice, which I am now coveting! Thanks Kelly. This item is now on my Amazon Wish List. 🙂

The next event on my schedule is the NBAA?s Business Aviation Convention And Exhibition. We are shifting gears people. I?m guessing there won?t be any funnel cake stands or flip-flops. Google it and you?ll agree. I do know that there will be some things gained by attending. For example, new ?business? attire (not currently available at LuLuLemon or Athleta), a new appreciation for walking around in heels all day, a new contact, a new type-rating desire?Who knows? As always, I?m looking forward to my next, new adventure in the aviation world. I can hardly wait!