The End of Aviation - Fly Girl

The End of Aviation

*Disclaimer: This was written in a hotel while out of town. ?I didn’t go over it and over it as I typically would. ?Please forgive any typos, grammatical errors, etc. I?m somewhat devastated.?It?s been no secret that my uncle has played a huge role in my love of aviation. After over 50 years of flying, my uncle Robert has officially declared the end of his flying ?career.? Flying hasn?t been his official career but it?s been his passion and hobby since he was in his twenties. He is 78. He?s had several friends perish in flying accidents over the years and he has recently come to realize and admit his aging and mortality. He has stated that he needs to quit flying before it?s too late and before he makes a deadly mistake. Many older pilots error by continuing flight when their decision-making skills and reflexes have slowed to an unsafe level. It?s a very difficult crossroads.

He and I have had lengthy conversations lately about his aviation life and family. It is an uncomfortable, sad departure. He has no desire to piddle around flying in a Cessna 172. His devotion is with the warbird community and he has always been driven by his love of formation flying and aerobatics. Anything other than that is of no interest to him. His airplane is officially for sale. He?s owned an airplane of some make and model for over forty years. His hangar is full of tools, oil barrels, and rare airplane parts that he?s collected over his lifetime. To say this is sad for me as well is an understatement. After our most recent and probably our last flight together, I decided to write a blog about him, his journey, our relationship, and our shared love of aviation. 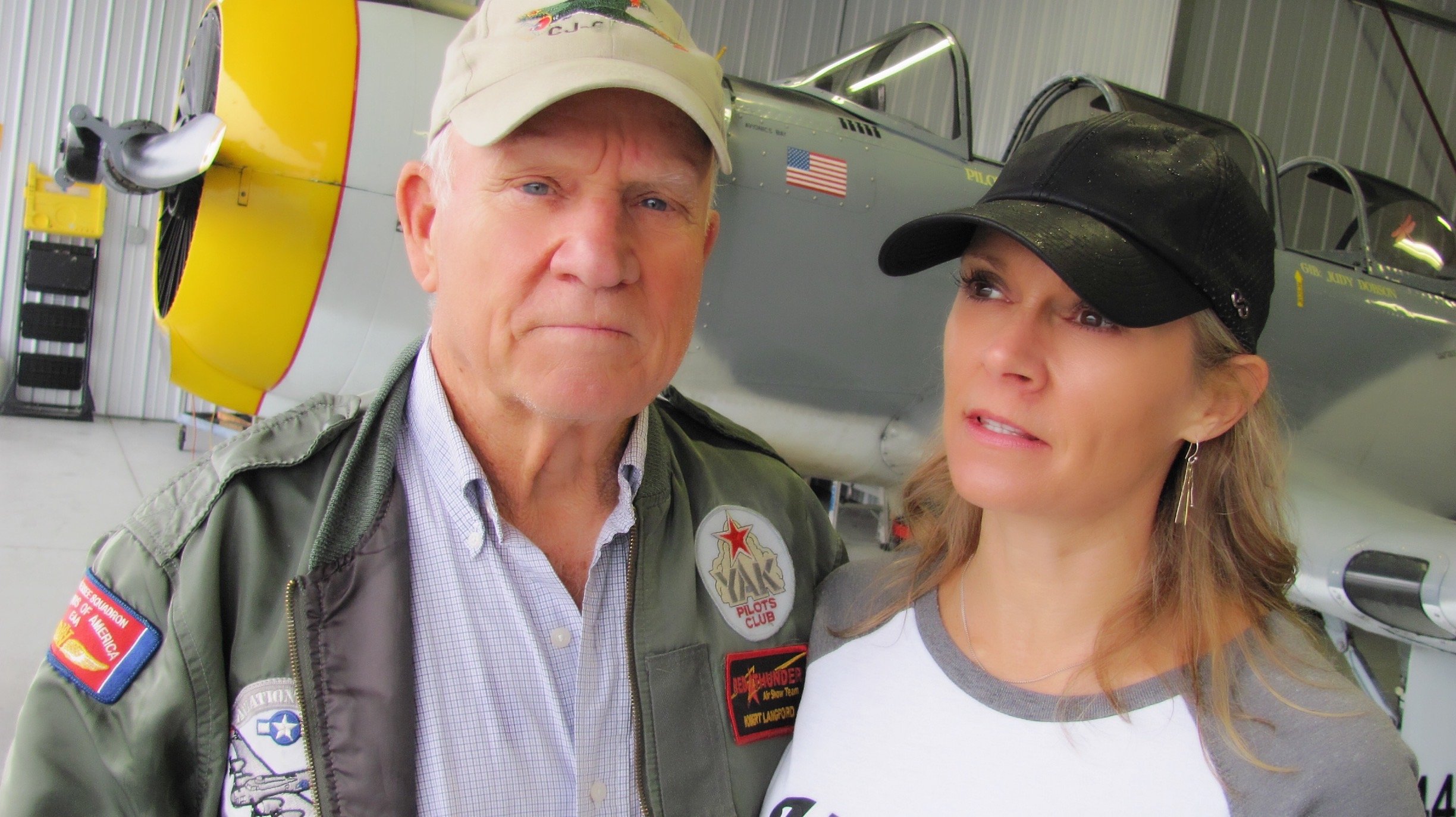 The Beginning
My uncle and mother grew up very poor in rural middle Tennessee. They were from a family of nine children. Their father was a no-good, abusive, alcoholic, who was often incarcerated. Their mother died suddenly of a heart attack when she was in her thirties. My mother was four. Robert was ten. They were in and out of family homes and orphanages. Alcohol wreaked havoc on their lives and wound up being responsible for several deaths in their family. With his father’s signature, Robert joined the Army at age seventeen. He served time in Okinawa. He was a paratrooper in the 82nd Airborne. Maybe this is where my adrenaline junkie side comes from?? While he was in the Army, he earned his GED. After serving his time, he used the G.I. Bill to fund his flight training.

Shortly after earning his private pilot’s license, Robert took my father, who had recently joined the Navy, on a general aviation flight in a rental airplane from Tennessee to northern Ohio. My dad?s recollection of the journey told the story of a naive passenger and bold, fresh pilot. Robert was not instrument rated at the time and they found themselves in deteriorating weather. Apparently, Robert requested a Special VFR clearance as they were nearing their destination to the shock of the controller, who said they were probably well below Special VFR operations minimums. They landed quite shaken and both took commercial flights home, abandoning the rental aircraft there. My dad recalled with a nervous laugh how bold, young and foolish they were. They vowed to never get into that position again.

From the very beginning of Robert?s passion for flight, he had an interest in aerobatics. Robert is a very smart, driven individual. He was determined to live a life better than his father did. Who knows what makes one person successful over another?? Or more driven? Many cannot overcome obstacles, their past, or their upbringing. Robert is not a victim. He taught himself almost everything. He?s an avid reader and soaks up information at every opportunity. His aerobatic skills were self-taught. He read book after book on performing various maneuvers and then got in his airplane and tested them! I can?t imagine trusting myself and doing that! To this day, he doesn?t have cable television, as he prefers to read. He?s an encyclopedia of knowledge, although not always politically correct?I have to occasionally chastise him for being too outspoken or opinionated. However, he?s now at the age where he genuinely doesn?t give a damn. I just roll my eyes and say ?Oh, Lordy! Did you really just say that out loud?!?? Our Connection
It?s hard to say why some people or family members connect. He is stubborn as a mule (as am I) and strong as an ox. He is not easily deterred. These are the similarities we share. However, when two people are very similar, there may often be friction, as well.

My father was in the Navy. After some time moving from base to base, my mother decided to settle my sister and me in the small town where she spent much of her life, Charlotte, Tennessee. Population: 1,244. Robert and several of my mother?s siblings lived in the area. Robert was more involved in my life than other extended family members. I?m not exactly sure why. Maybe because he felt he needed to fill in because my father was often gone. He had two sons of his own but he had interest in me and we got along quite well. He was my softball coach for many seasons. When he wasn?t my coach, he traveled to watch me play. He came to watch my basketball games and attended football games when I was cheerleading. 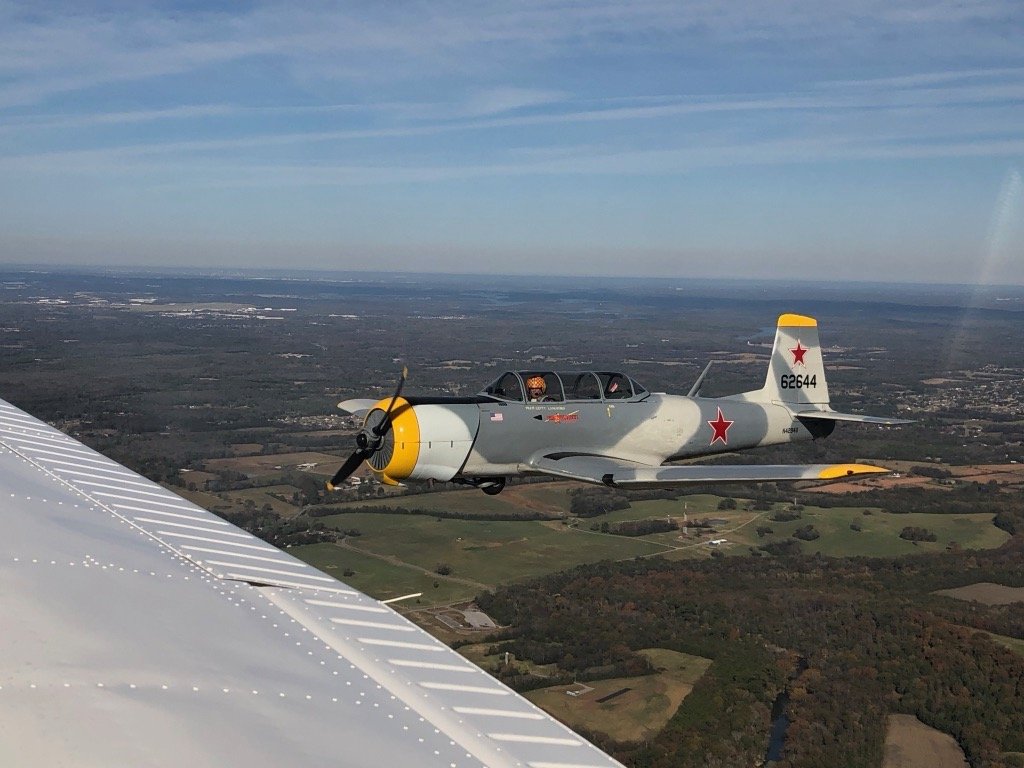 I often found myself at his home on the weekends piddling around. He had a shop and some acreage where I?d wander around. One of my favorite hideaways was a treehouse he had built for his sons. This is where my appalling discovery of hidden cigarettes and Playboy magazine was obtained. He had teenaged boys after all?We reminisce about the times he would force me to sit down and comb the tangles out of my hair. Ugh-there was little tolerance for anything out of order, including my hair! I?m very tender-headed and he has little patience for that! My hair was always smooth and shiny after leaving his house for the weekend. My mother was probably very grateful to him for that. I?d leave very aggravated with him.

It was during these years that he and I began our flying together. I loved it from the very first time! His sons didn?t seem too interested in it, which was probably disappointing for him. I was always happy to be his companion. We would fly over the local landscape. He would send me laughing and squealing with delight while he practiced his aerial routines. His plane would run out of fuel before I?d ever get tired of the loops, rolls, and hammerheads. He often performed in airshows with his buddies and developed a great love and skill in formation flying, as well.

The first airplane we flew in together was a Chipmunk. He had that plane for years. He later became a Yak owner and aficionado. He developed a name for himself with his capability of working on Yaks. He?s had his share of forced landings while ferrying several different types of airplanes. He can certainly tell stories about his experiences! Thankfully, none of them kept him out of the air for long.

Our families vacationed together often. He and my dad got along very well and had similar interests. Unfortunately, my parents eventually divorced and I went off to college. Our time together became less and less. Nevertheless, when I?d come back to town, he always made sure there was money in my pocket. Several times he would cover unexpected and embarrassing expenses from traffic violations or insurance deductibles from careless fender-benders. Come to think of it, I probably owe him a few thousand dollars due to recklessness and stupidity. Yikes.

He still gave and gave unconditionally to me. My college graduation gift from him was a skydiving experience. We are both thrill-seekers. Once I?d mentioned that skydiving was on my list of ?things to do,? he arranged such an outing. Of course, he did. It was one of my top ten life experiences! My oldest son has expressed a desire to jump and doing that with him would be incredible. It?s a desire of mine to someday join my new friend, Kat Healey, on the Airborne Demonstration Team as a paratrooper to reenact historical jumps at air shows (I hope I have a long life because my list never ends!!!). Family Rift At My Wedding Reception
There was a period of time when he and I weren?t speaking. It?s almost hard to fathom now but we had a confrontation. His first wife, Linda, died of cancer (his second as well). Linda was a huge part of my life for many years. When she became ill and eventually passed after years of battling cancer, we found ourselves in new territory. Without going into huge detail, we were dealing with unresolved issues and it came to a head. We didn?t speak for months until he asked for forgiveness. This took place, center stage, microphone in hand, during my wedding reception. My family and friends stared silently at each of us. You could have heard a pin drop. That?s what I remember most about my wedding reception. It was a difficult time and it took several more weeks and conversations to mend our relationship.

Maybe it takes going through such ups and downs to form a deep bond? As life continued, he became my confidante and cheerleader once again. He knew becoming a pilot was something important to me. After many years and three children later, he continued to prod and encourage me to go after that dream. I?d like to believe it was aviation that healed our rift once and for all. Aviation has allowed us a much deeper, honest bond. He has often included me in air show trips and introduced me to his air show family. He has been to Sun ?n Fun for thirty years straight except for one year when one of his sons was born!

He taught me many things about aviation before I even began flying. We would walk around the air shows and he would feed me information on certain airplanes and educate me on their ties with history. Slowly but surely, my desire grew to a level where I was confident and ready to learn to fly myself. My personal life suffered greatly during this time. He heard it all. We would sit in his truck and I?d pour my heart out. He?d listen and never judge. This was a period of great growth for me but also heartache, confusion, and struggles. He has listened and continued to love me and support me. Many times, after spouting my troubles, we would return to talk of airplanes and maintenance. He would advise me on career paths or opportunities and continued to expose me to his aviation friends and family. Even as it has become more and more obvious that getting around was becoming more physically challenging, he would walk from end to end of Sun ?n Fun or Oshkosh with me until I?d had my fill.

He?s hard of hearing (at selective times). That?s probably from years of flying without proper ear protection. He?s a fearless hard ass. He?s not afraid to work and he?ll put me to work as well (with my not-so-subtle moaning and groaning), especially if it saves him a few dollars. It?s hard to imagine that he won?t be meeting me at airshows anymore. Hopefully, I?ll do him proud by continuing the Langford aviation legacy.